As a school we have a holistic approach to health and wellbeing, and we promote this learning in a number of ways.

One of these is through healthy eating and learning about organic and sustainable food production technologies, including solar-powered vertical farms, aquaponics, and other urban farming techniques.

We use our community, and their unique offerings, and our access to a school bio-dome to strengthen this programme.

Promoting the concept of “farm to table,” selecting local ingredients, cooking at home as a family, avoiding processed foods, and adopting exercise for life, the Fairgreen Health Wellness and Learning Programme enables students to formulate a blueprint for well-being that will continue to serve them for the rest of their lives.

Our Health, Wellness & Learning programme was modeled upon the successful experience of Educator and Urban Farming Pioneer Stephen Ritz, who continues to guide and influence our dynamic curriculum.

Stephen Ritz is a South Bronx educator, innovator, and author who believes that students shouldn’t have to leave their community to live, learn, and earn in a better one. Moving generations of students into spheres of personal and academic successes which they had never imagined — while reclaiming and rebuilding the Bronx — Stephen’s extended student and community family have grown more than 50,000 pounds of vegetables in the Bronx while generating extraordinary academic performance. Stephen was named a Top 10 Finalist for the prestigious $1m Global Teacher Prize in 2015. He is also the Founder of Green Bronx Machine. His recently released book with lauded health and wellness publisher, Rodale Books, aptly titled, The Power Of A Plant, hit number one best seller on Amazon. It features a two-page dedication from Dr. Abdulla Al Karam, Executive Director of KHDA, in addition to 45 blurbs from national and international luminaries.

Stephen helped earn his school the first ever Citywide Award of Excellence from the NYC Strategic Alliance for Health and directly attributes these results to growing vegetables in school. To reclaim his own health and model good behavior for his students, he lost over 100 pounds by eating what he and his students grow. In 2013 The United States Department of State and New York Foreign Press Corps toured representatives from 40 countries across Stephen’s worksites and classrooms. He was selected as a delegate at WISE (World Innovation Summit for Education) and as a national Green Apple Education Ambassador for the US Green Building Council and Center for Green Schools. In 2014, Green Bronx Machine celebrated a Best of Green Schools Award — one of only ten recipients across the United States and The National Association of Secondary School Principals cited Stephen’s work and Green Bronx Machine as one of five national exemplars of service learning.

That same year, Stephen’s fourth and fifth grade students accepted a personal invitation from White House by Chef William Yosses to visit the White House and exchange ideas about food literacy. Consequently, Stephen and his students began hosting Chef Yosses in the Bronx on a regular basis. Stephen created the first "Edible Classroom" in the US in his NYC, Bronx classroom which routinely generated enough produce to provide healthy meals to 450 students while training the youngest nationally certified workforce in America. His students have embarked on growing projects from Boston to Rockefeller Center to the Hamptons and beyond — all while earning living wages en route to graduation.

Affectionately known as "America's Favorite Teacher," Stephen has moved attendance from 40% to 93% daily, helped provide 2,200 youth jobs in the Bronx and captured the United States EPA Award for transforming mindsets and landscapes in NYC. A strong advocate for Project Based Learning, Stephen is an annual presenter for the Buck Institute and works with school districts and universities across the country and globally. Stephen has worked with and conducted professional development for the AFT, UFT as well as charter, independent, public and private schools. American Teacher: Heroes in the Classroom identified and featured Stephen as one of the top fifty teachers in America.

Stephen has electrified and inspired audiences of all types with his "Si Se Puede" message of hope, urgency, resilience and Amer-I-Can innovation. His impassioned speeches have resulted in raucous standing ovations from audiences around the world -- including What Works in Dubai, United Nations Social Innovation Summit, the Green Schools National Conference, Innovation Land, American Institute of Architects and the World Business Forum. In 2015, Stephen was invited to Vatican City to personally meet with Pope Francis. He even delivered a keynote address at the Clinton Global Initiative on Earth Day. He has also worked with and consulted for various Fortune 100 / 500 companies. Stephen uses his platform of public speaking to support numerous philanthropic activities locally, nationally and abroad.

On top of his frequent speaking events (which included audiences topping 10,000 attendees) and daily school responsibilities, he worked to develop a ground breaking, internationally certified whole school curriculum which embeds concepts of sustainability, food, energy and environmental justice aligned to STEM / STEAM across all content areas for elementary schools. Stephen and the Green Bronx Machine also brought to life the first ever independently financed National Health, Wellness and Learning Center in a 100+ year old reclaimed school library in the South Bronx at Community School 55. Soon thereafter, he partnered with LoyaltyOne in Canada to launch "The Good Food Machine" in 10 elementary schools, modeled after his program in New York and the program is expanding 2017-2018. The U.S. Botanic Garden in Washington, D.C. erected a model of his classroom as an example of successful urban agricultural integration into academia. He presented twice at The White House — once for the “State of STEM” event and again for the first annual South by South Lawn event.

In addition, Stephen is proud to be working with KHDA in Dubai and Esol Education, a global leader in the establishment of high quality international schools and was invited to support the development of Fairgreen International School in Dubai. Fairgreen will be a K-12, IB school with a specific focus on sustainability located in The Sustainable City, Dubai and will also be home to the second, National Health Wellness and Learning Center - based on the Bronx prototype. To that end, Stephen is committed to working across the Middle East and to global education. He recently keynoted the Global Food Summit in Milan, World Food Summit in Copenhagen, the European Association of Agricultural Economists in Parma and will be featured at MAIS, Mediterranean Association of International Schools in fall 2018 in Valencia, Spain.

To date, Stephen’s work has been featured in Forbes, Fast Company, New York Times, Wall Street Journal, USA Today, and on ABC, NBC, CBS, CNN, FOX, TNT, Disney, and NPR, as well as internationally. His book is being translated into multiple languages and will be featured at Emirates Literature Festival in 2018. His TED talk boasts more than 1 million views, ranks in the Top 10 Food / Education TED Talks of all time and is used for teacher training / workforce development globally. He was also featured in the film adaptation of Michael Pollan’s best-selling book, In Defense of Food, NPR’s All Things Considered, ABC’s The Chew and The Rockefeller Foundation’s Food for Thought.

Dedicated to harvesting hope and cultivating minds, he believes that together, via collaboration, coalition and get-to-yes-solutions, we can all prosper! 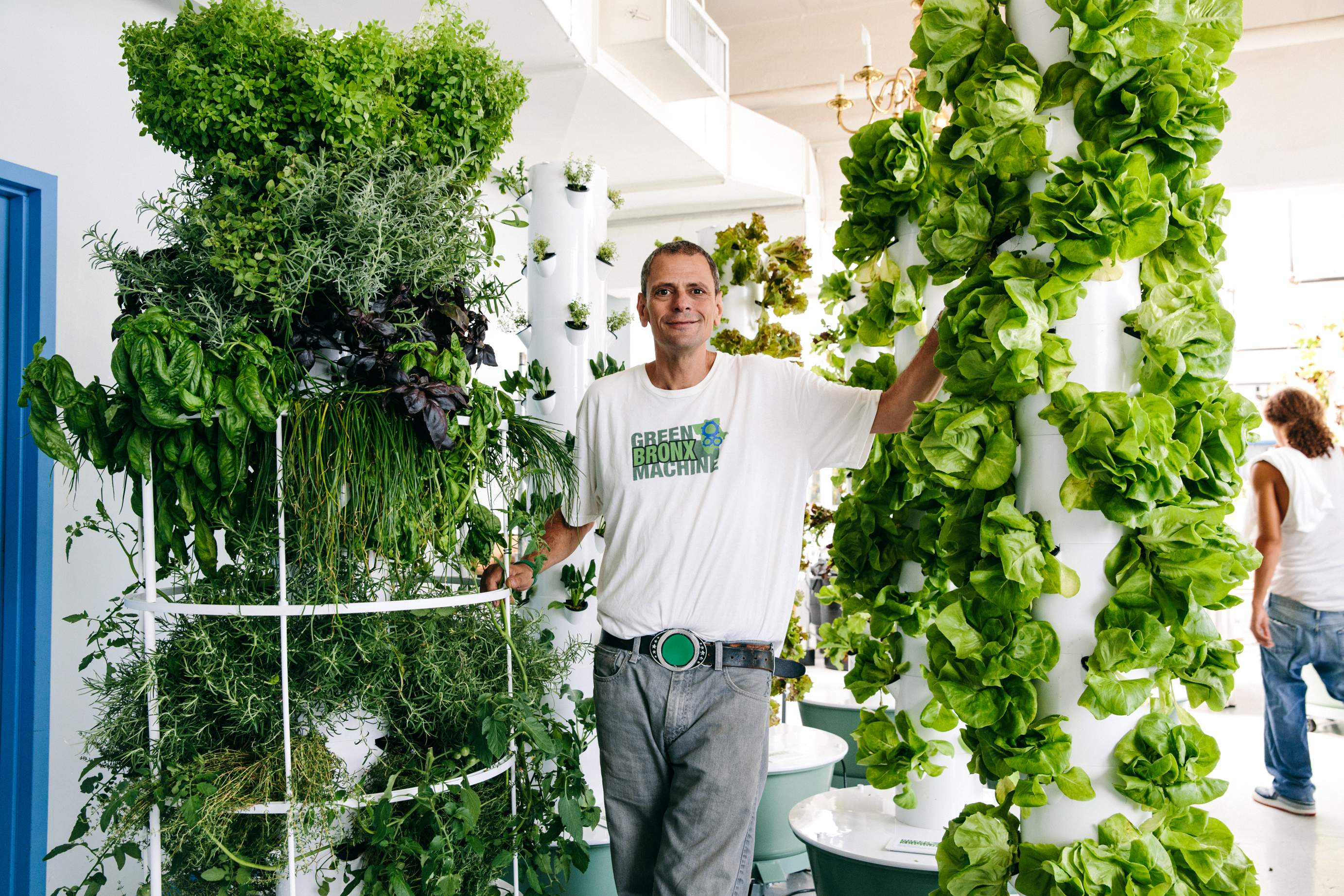